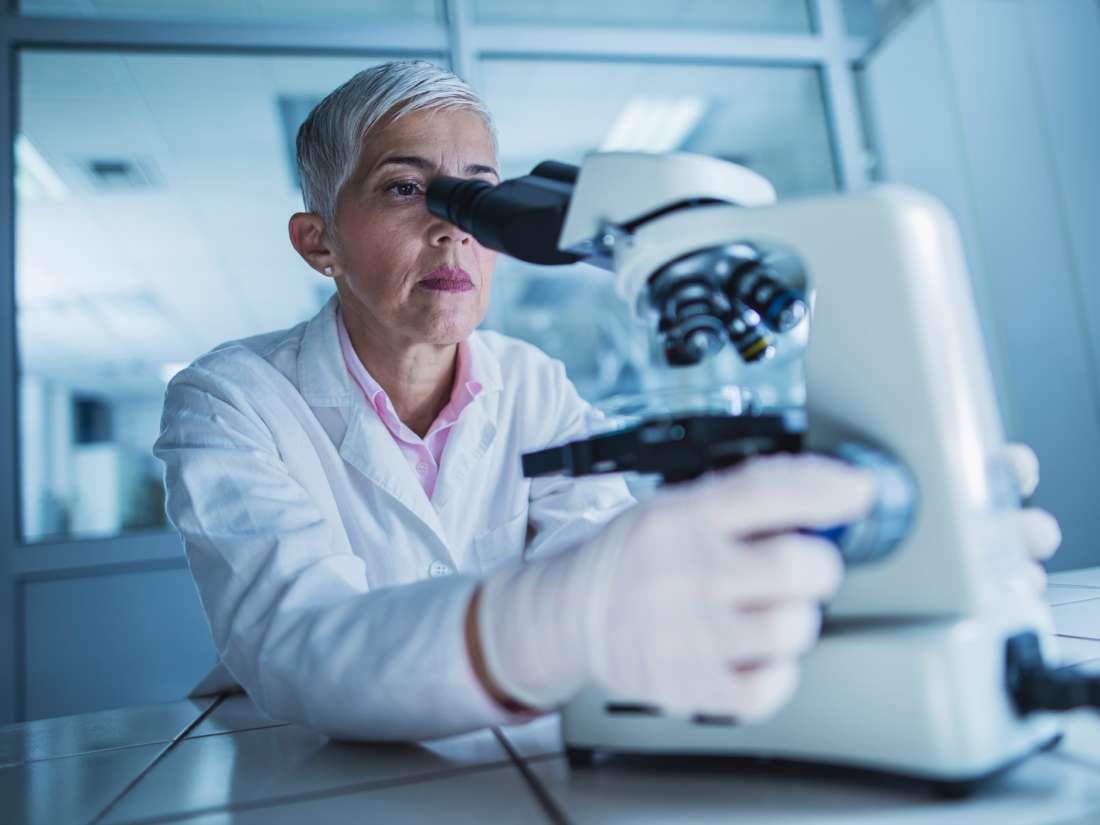 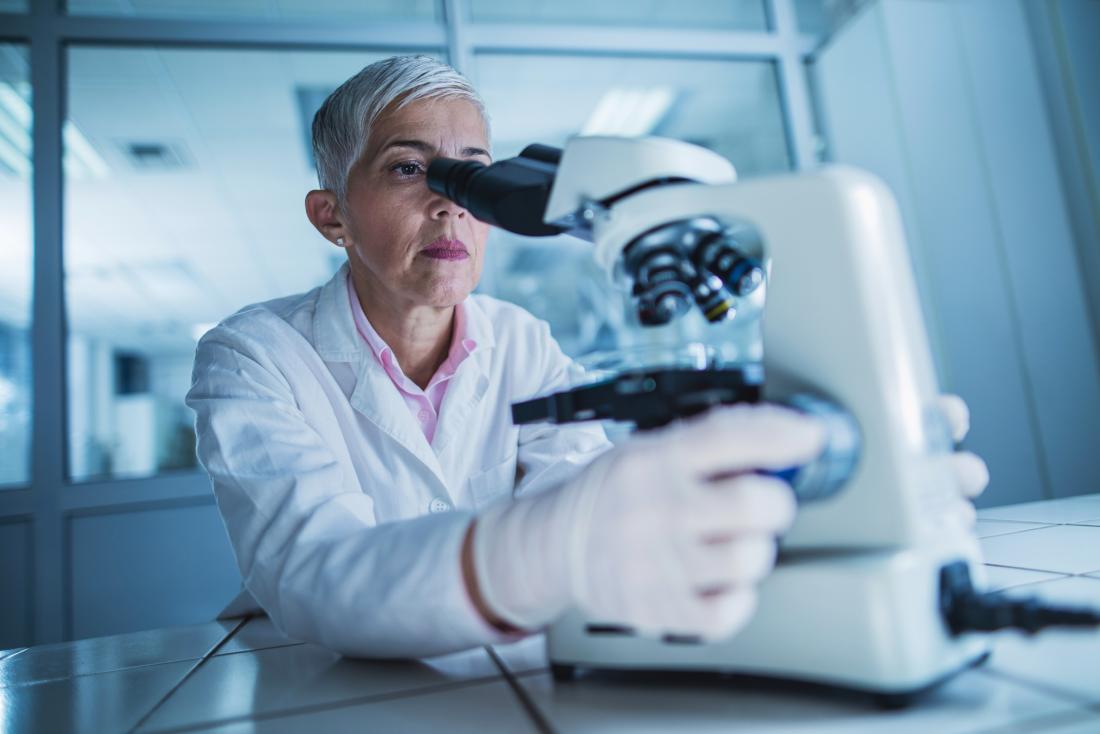 Immunotherapy is a general term for treatments that increase the body’s own ability to tackle disease.

These block proteins that cancer cells produce and that protect them from attack by immune cells.

However, not all cases of cancer respond to treatment with immune checkpoint inhibitors, and the drugs can also cause severe side effects.

The new Nature Communications study reveals information that should help identify which people are most likely to benefit from treatment with immune checkpoint inhibitors.

The information concerns the molecular mechanisms through which gut bacteria interact with the immune system to influence its ability to fight cancer.

Thomas Gajewski is a professor of cancer immunotherapy at the University of Chicago, IL, and was not involved in the investigation. He describes it as “an important step” toward expanding “the number of people who benefit from immunotherapy.”

The investigators identified 11 strains of gut bacteria whose interaction with the immune system helped slow the growth of melanoma tumors in mice.

In addition, they highlighted a signaling pathway called unfolded protein response (UPR) as a major link between the gut bacteria and the antitumor fighting ability of the immune system.

UPR is a cellular process that helps keep protein populations stable and healthy by clearing away those that cell stress has caused to fold incorrectly.

The investigators found that UPR activity was lower in people with melanoma whose cancer responds to immune checkpoint inhibitors.

They suggest that this highlights UPR activity as a potential marker for selecting people with melanoma who are more likely to benefit from immune checkpoint therapy.

“These results,” says senior study author Ze’ev Ronai, a professor at Sanford Burnham Prebys, “[…] identify a collection of bacterial strains that could turn on antitumor immunity and biomarkers that could be used to stratify people with melanoma for treatment with select checkpoint inhibitors.”

Although much rarer than most types of skin cancer, melanoma is the most likely to invade nearby tissue and spread to other places in the body. Its tendency to spread makes melanoma a serious and potentially life-threatening cancer.

According to the American Cancer Society (ACS), melanoma is responsible for around 1 percent of all skin cancers but accounts for the most deaths to skin cancer in the United States.

The ACS estimate that during 2019, around 96,480 people will find out that they have melanoma and 7,230 people will die of the skin cancer in the U.S.

Treatment with immune checkpoint inhibitors has had a dramatic effect on improving survival rates for people with melanoma, but the cancer still has a high risk of causing death once it spreads.

Even when doctors combine immune checkpoint therapy with other treatments, they only work for around half of all cases. Also, people with responsive cancer may still experience autoimmune reactions, limited response duration, and even resistance to the therapy.

The recent study adds to growing evidence that gut microbes can influence the effectiveness of immunotherapy. Past research has shown, for example, that some strains of gut bacteria can increase treatment effectiveness, while certain antibiotics and probiotics can reduce it.

They found that these mice could stop melanoma tumor growth as long as their immune systems and gut microbe populations were healthy and intact.

However, if they housed the RNF5-lacking mice with mice that did not lack the protein, or if they treated them with antibiotics, the animals lost their ability to fight melanoma tumors. This demonstrated that gut microbes played a key role in antitumor immune defenses.

Further investigation revealed the involvement of several components of the immune system in the gut and the reduction in UPR in immune and gut cells was enough to activate immune cells.

Using advanced techniques, the team saw that the RNF5-silenced mice had bigger populations of 11 strains of bacteria. When they transplanted these strains to germ-free mice that had no gut bacteria, they triggered an antitumor response and reduced melanoma tumor growth.

In a final set of tests, the team confirmed the results in tissue samples from three separate groups of people with melanoma who then received treatment with checkpoint inhibitors.

These tests revealed that response to treatment correlated with levels of UPR components, which suggests that these could serve as potential biomarkers to predict who would be most likely to benefit from the immunotherapy.

The researchers now plan to identify the antitumor molecules that gut bacteria produce. They then intend to test the antitumor powers of the molecules and find out which probiotics might increase their effectiveness in people with melanoma.

Prof. Ronai says that there is also another angle that they wish to explore. During the study, they noticed how RNF5-lacking mice were more susceptible to gut inflammation. This is also a side effect in some checkpoint therapies.

Perhaps the team could use “this powerful model,” he adds, to find out how to fix the “balance between autoimmunity and antitumor immunity” to help more people benefit from immunotherapies.

“Our study establishes a formal link between the microbiome and antitumor immunity and points to the role of the UPR in this process, answering a long-sought question for the field.”

Coronavirus strains Florida health system as some hospitals run out of ICU beds in largest counties
Toxic metallic air pollution nanoparticles found inside myocardial mitochondria of city dwellers
Dr. Fauci says coronavirus immunity may be ‘finite,’ duration remains uncertain
‘What Do You Have to Lose?’: What We Heard This Week
5 Foundational Principles to Productivity